Ade Hill of Alpcycles takes us up the new ‘road’ from Courchevel to the summit of Col de la Loze created solely for cyclists, roller skiers and walkers. Tranquility at its best!

Over the course of summer 2018 I heard a few rumours buzzing around our local ski resort of Courchevel: they were laying a “road”………a fresh line of tarmac snaking its way up through the ski fields to 2,300 m and it was to be for cyclists only?! My initial thought was “really”? ***environmentally that is awful…

As summer was heading to a close and autumn was upon us I heard that the road was finished. Our Alpcycles season was winding down and the last trips had been run. The cyclist in me won the battle against all of the environmental arguments mulling over in my mind and my only thought was “I’ve got to ride up it!” One quick phone call to a riding buddy and a quick assessment of the coming weather, it was the 28thOctober 2018 and there was snow forecast at the weekend. We agreed “let’s get up there today and check it out” and the decision was made. 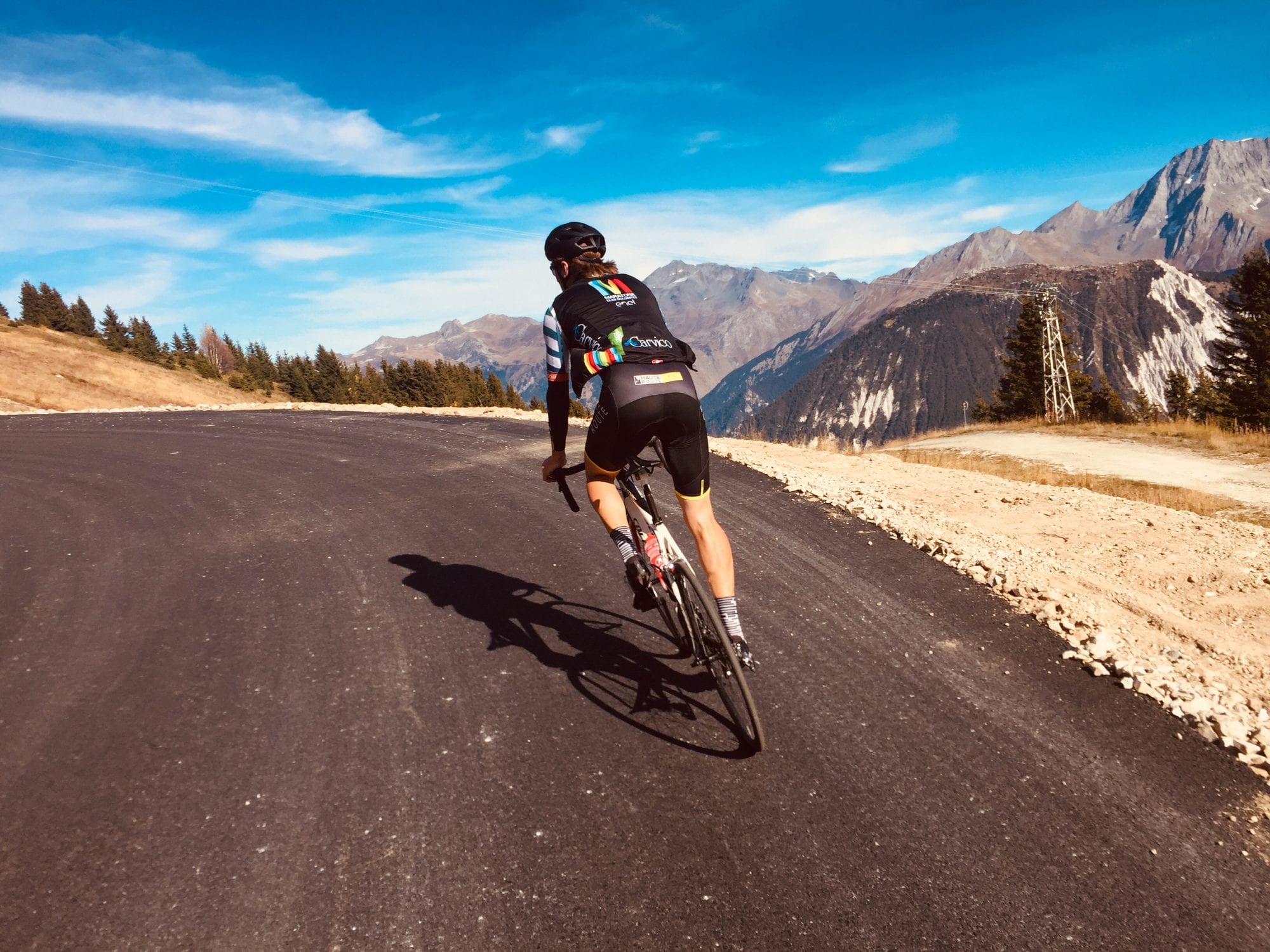 We jumped on the bikes and headed up the Courchevel climb to find the start of this new road. We had heard that it kicked off just below Courchevel Altiport. The full Courchevel to Altiport climb is 18 km and was last used in the Tour de France 2005, so it is well known by visiting cyclists, and is also the climb on which our local TT is held in the summer months, so it is a well-trodden route for locals. But this new strip of tarmac was going to be an altogether new adventure. 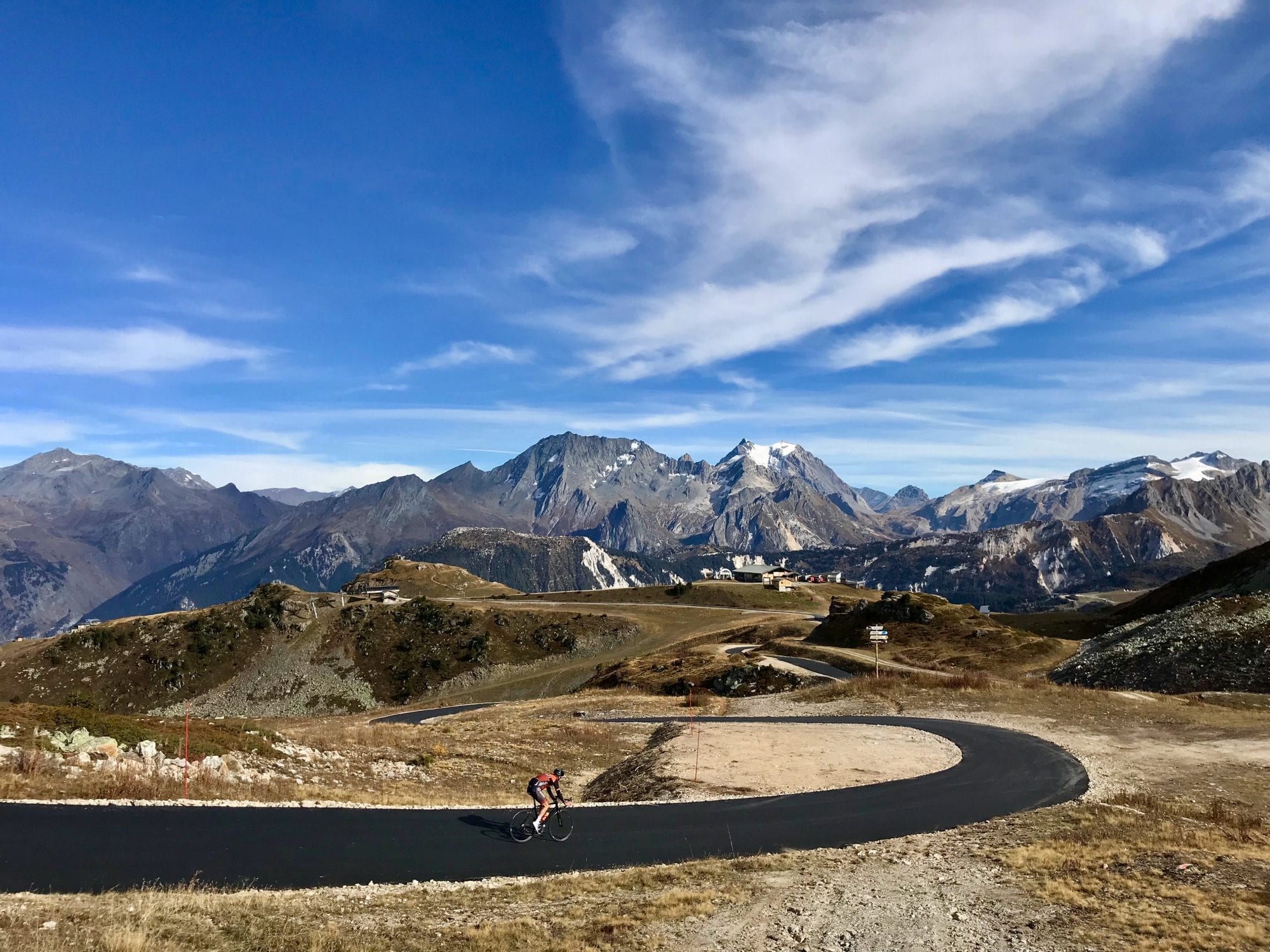 Just before the tunnel below the Altiport we see this fresh ribbon of black silk running off into the ski fields and just headed off to test it out. The first kilometre rolled nicely and then the route pitched up at 17% and then cut its way past the world-famous Verdon/Saulire cable car. Again, another easier section snaked up through the pistes that thousands of skiers and boarders spend the winter months sliding down! Here we were on a perfect clear blue autumn day climbing higher and steeper towards the Col de la Loze. The panorama was truly breathtaking. Eventually we hit the last crazy steep pitch at Col de la Loze where the lift station hits 2,300 m. There was tranquillity and silence that you only experience miles away from zero traffic (bliss). 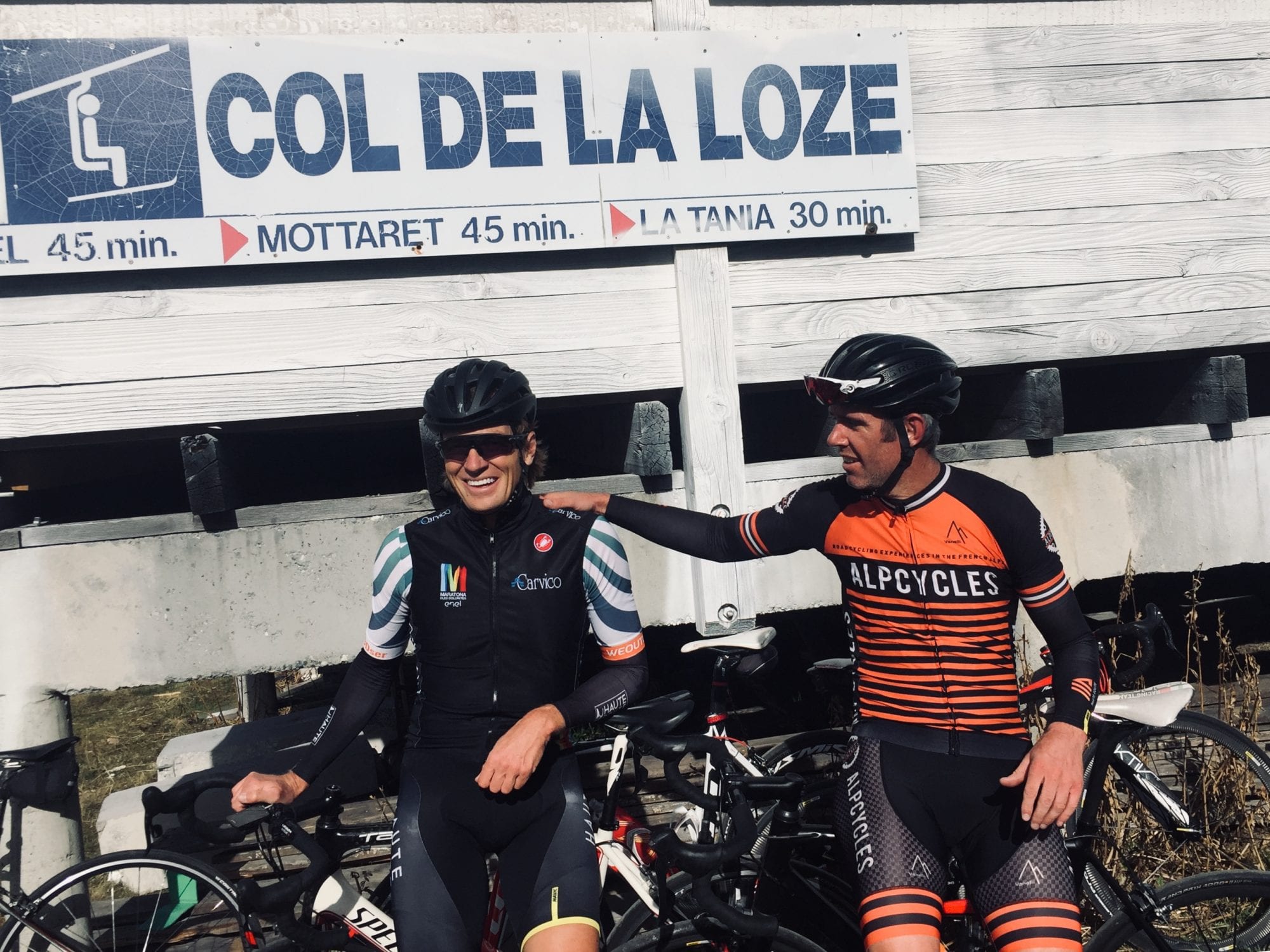 So what’s all the fuss about? Well, most mountain passes have existed since Medieval and Roman times so were originally created for human necessity and then throughout the years have been updated and provide access for both people and vehicles. This road is different. It will eventually link Courchevel with its neighbour Meribel (the tarmac on that side has yet to be completed) and will then graduate into a “pass”. A new col which in turn will open up some great new access to higher adventures. But more importantly and uniquely, this new pass will be traffic free. You heard me. It will only be open to cyclists of all types, roller skiers and walkers. As far as I know there is no other traffic free mountain road like this in the French Alps? 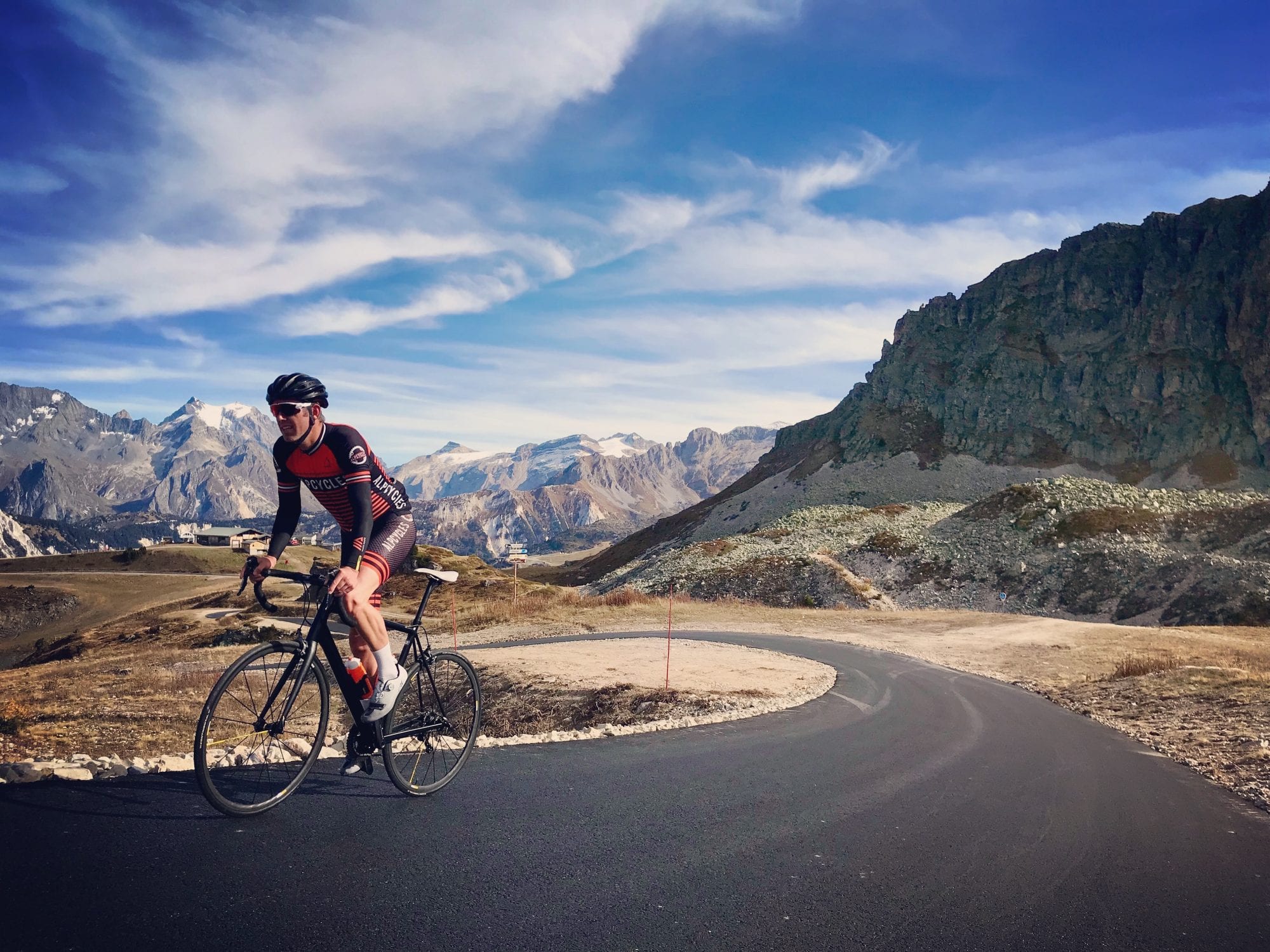 This summer if you are heading to this part of the Alps you must experience it. Many others will as both the Haute Route Alps multiple stage event will summit here for their Courchevel stage, meaning hundreds of amateur riders getting a real treat and then the Under 23’s Tour de France, the Tour de Avenir, will allow the Under 23 riders in the world to smash each other to the finish. I am certain that before long the Criterium Dauphine and the Tour de France will follow, so why not get there first and check it out. It appears “if you build it, they will come”. It is set to be big news over the next few years and you could be one of the ones who got there first…well after me anyway. 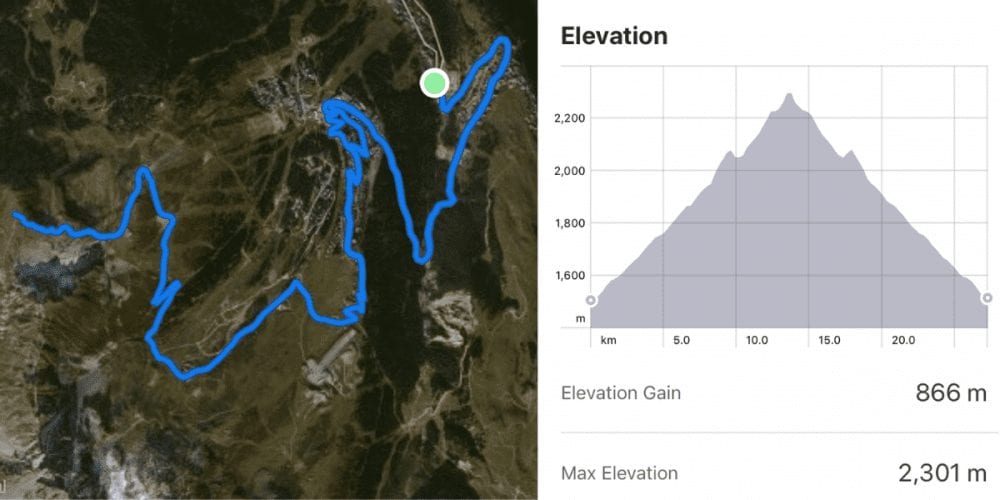