When Jules Doyle was invited to attend a wedding in Taipei, Taiwan; his first thought (after thank you for the invite!) was how he could fit in some time on the bike. On this ride he takes us from the centre of Taipei out to the coast – with a hill or two in between.

It was a quick trip and there was absolutely no time to cycle. Still, whenever you go to Taiwan, you need to take the bike. It has to be one of the most amazing places to ride. Some spectacular and diverse scenery. Smooth roads and cycling friendly drivers. The people are amazing and the food is fantastic.

The bike came with me. I was staying in the centre of Taipei for a wedding and hatched a rough plan to get up early, head north and into the hills of Yangmingshan National Park.

I was staying right in the middle of the city – Zhongxiao Dunhua. As I hit the street, the roads were quiet but there were people up and about, or still out from the night before! 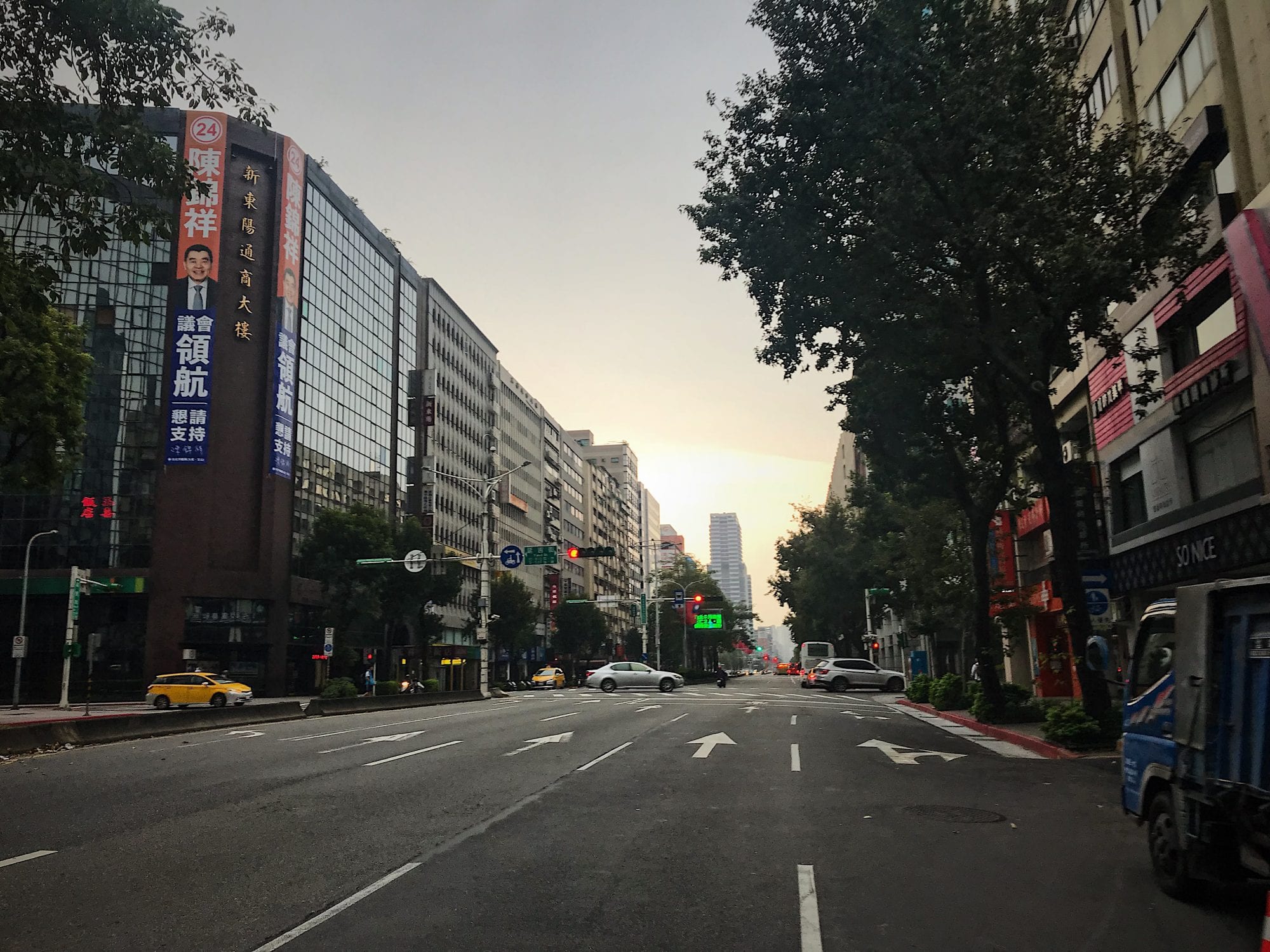 I worked my way north east, tentatively with my phone for directions, through the grided road network to the Keelung River, crossing the MacArthur 1st Bridge and onto the buttery smooth bike path that runs alongside the river heading north. As I looked back towards the way I came, I was treated to a great view of the city and Taipei 101 in the distance. Away from the still quiet but tricky city roads I started to relax, cruising along the bike path with the green hills ahead of me. 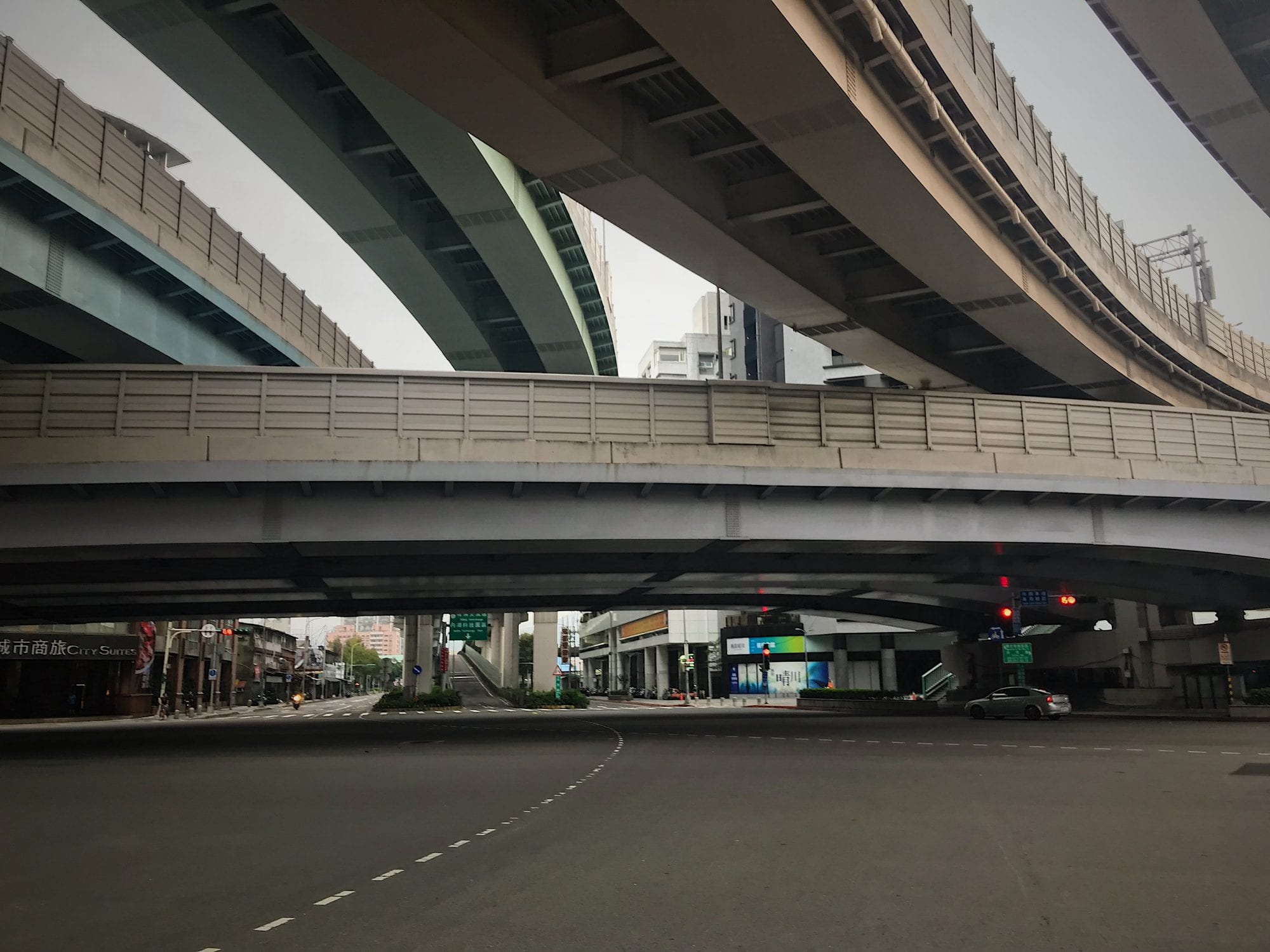 I came off the bike path as the greenery got closer, continuing north. I followed two of many cyclists heading toward, what I assumed, were the hills. I’d ridden north of Taipei a couple of years earlier but I’d inadvertently found a completely different route out of the city this time around. 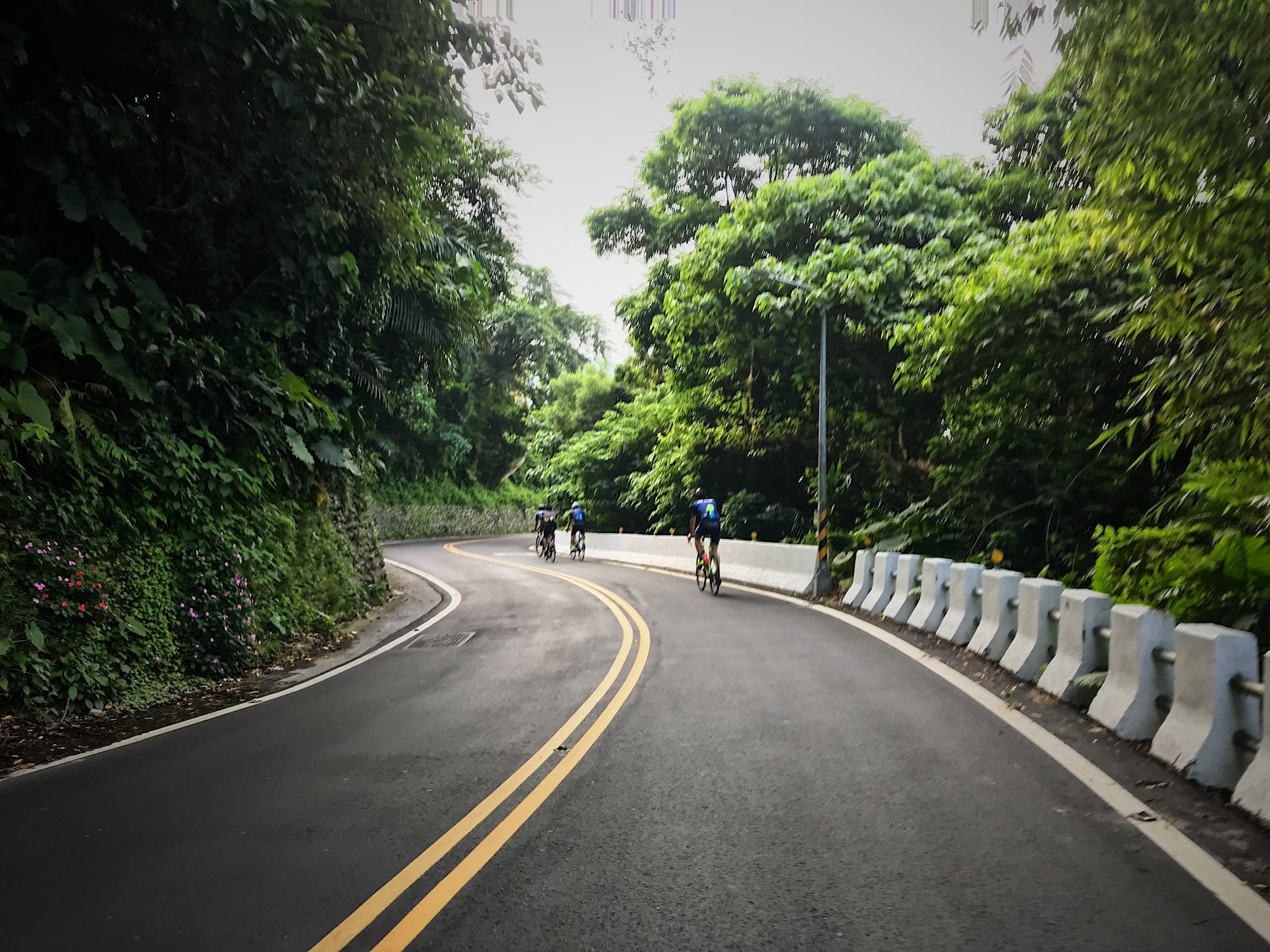 We started to climb, it was steep at first, up to 17%, passing other cyclists, runners, walkers on a windy little road. 2.2 km climb, “was that it?” I thought to myself as I freewheeled down the other side stopping to take a couple of photos of the river at the bottom and check where I was on the map.

The answer was, “no”. The ‘next’ climb, or the first half of the Mount Qixing Main Peak climb (1,120 meters) was 7.2 km. Beautiful roads, lots to see and may other cyclists to say ‘hello’ to. I took a slight wrong turn as I continued climbing to someone’s house at one point, so it was probably only 6.6 km of climbing before a short descent, through local villages and farmland. The gradient was very steep in short stints but generally was pleasant. 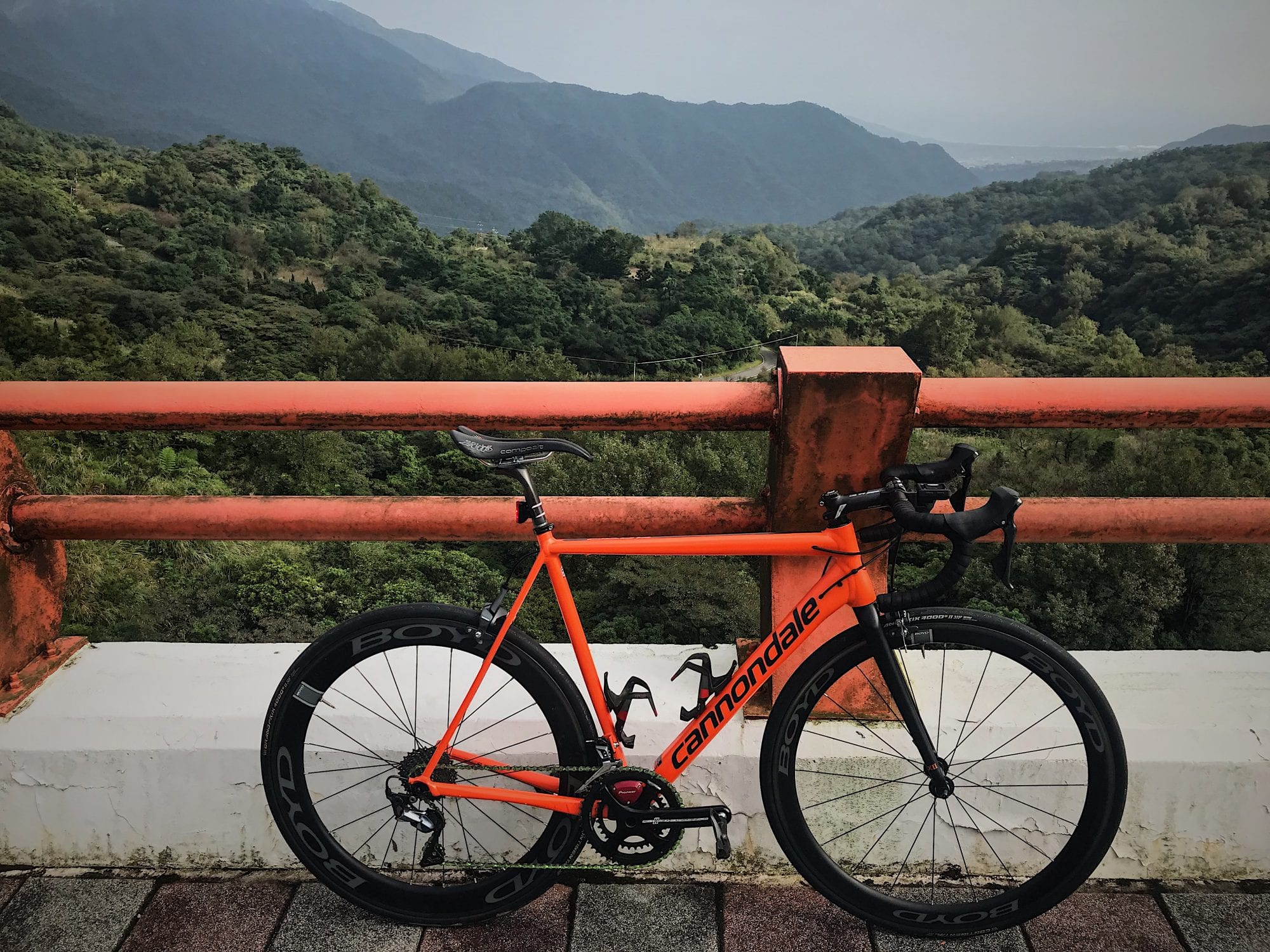 The second half of the climb was another 7.1 km. It was cool and windy at the top. The smell of volcanic sulphur and long wild grass made for an astonishing landscape. Just 32 km from where I started and I could have been on another planet. There were a few walkers up there but otherwise it was quiet.

I checked my watch and contemplated heading back down the way I came given the lack of time I had but I decided to push on. I’m glad I did because the views you are treated to as you descend east were simply spectacular. The coast in the distance and not much in between other than you and a 16.5 km epic descent. Fast, flowing, through breath-taking scenery. 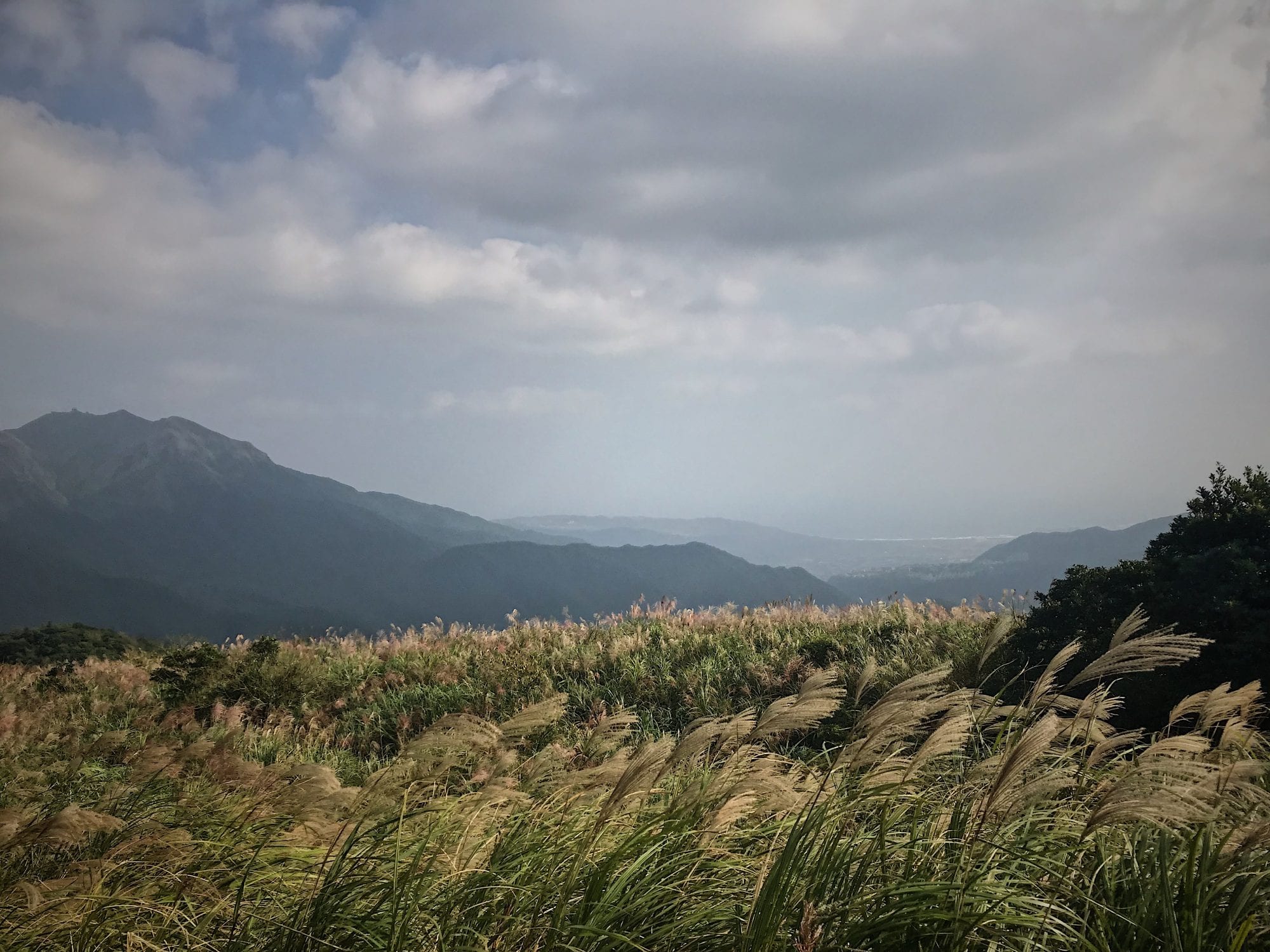 Once you hit the coast you head north with the wind, waves and beaches on your right. There are plenty of places to stop for water or a snack as you fly through coastal towns. The road is immaculate and fast.

You are following the coast along the northern tip of Taiwan, with plenty to see along the way. Wind turbines, ships, miles and miles of empty ocean, kite surfers, little towns and beaches. As you hit the most northerly part of the island, and head down the west coast, it gets a bit busier and the traffic increases.

There are other cyclists around and you can judge the general direction to be heading and which roads to avoid. I took a detour to the expat district of Tianmu for coffee before heading back into the city centre, through small roads and major highways. 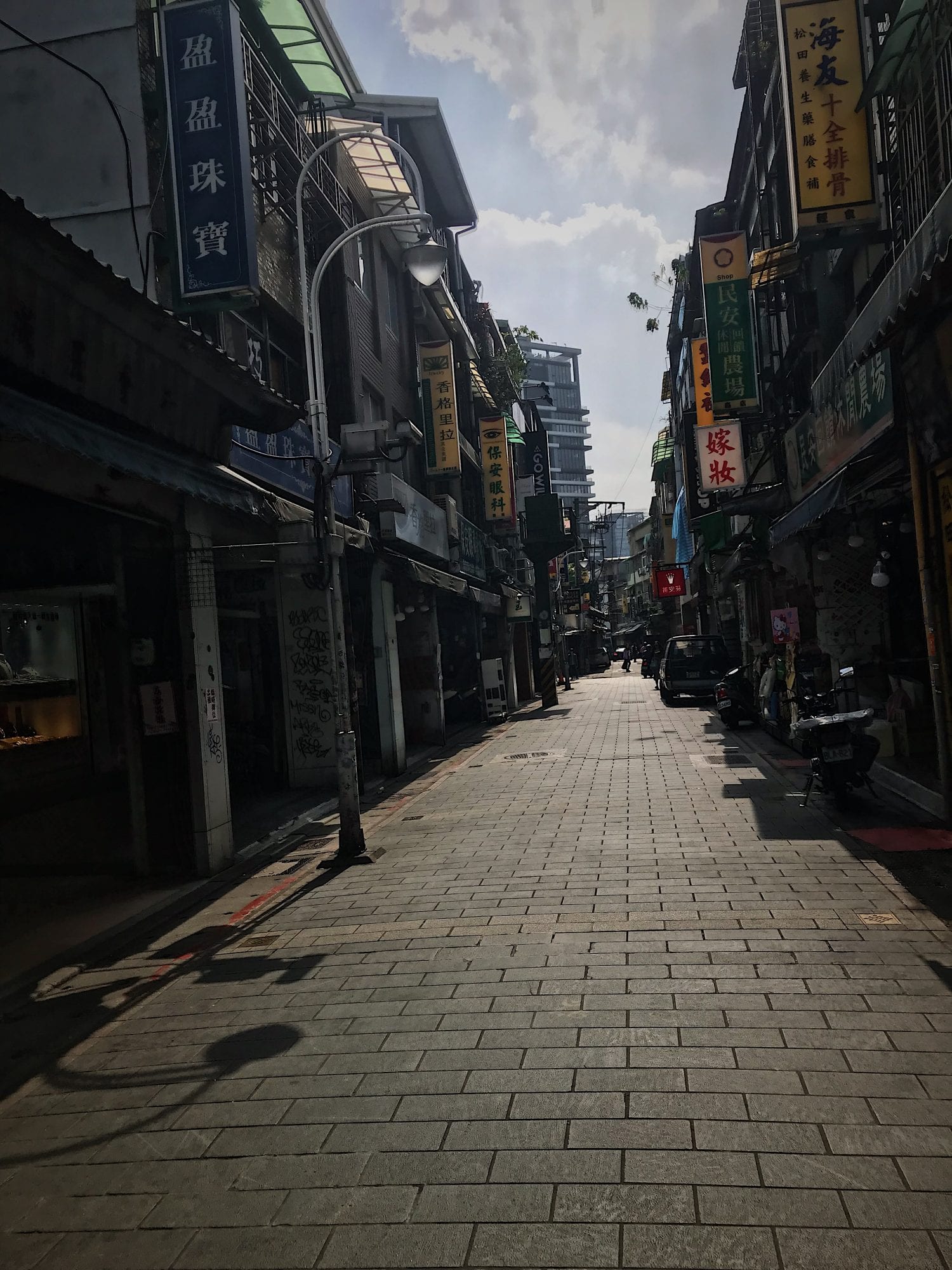 It was an amazing ride, a brilliant way to see the city. I made it back just in time for a quick change, some delicious street food before heading off to the wedding.

It’s always worth bringing the bike.