SITTING IN: interview with Shannon Bufton

We are delighted to have Shannon Bufton from Serk Cycling join us today. We’ve had the pleasure of getting to know Shannon over the last few months and we love his passion, approach and creativity. He is doing some amazing things in China and is part of an exciting movement that is growing rapidly across the country.

UNFOUND: Shannon, thank you for taking the time to talk to us. Before we get on to all things Serk, tell us a little bit about you and your cycling background and how you ended up in Beijing? We understand you have a background in architecture, is that right?

SHANNON: I’m an Aussie and have been in China since the early 2000’s. I came here working on urban design projects and ended up in Beijing. I was seriously into cycling when I was a teen and even travelled to race in Germany for six months before my 18th birthday. I got my arse kicked and went back to Melbourne to pursue a University degree. The cycling bug never really left however!

UNFOUND: So how did you end up in cycling? Tell us a little bit about Serk as we understand it’s more than amazing tours?

SHANNON: In 2006 I was working in the UAE. There was a strong cycling culture over there thanks in a large part to the work of Wolfi (Wolfgang Hohmann) from Dubai Roadsters. The group got me back into racing again and Wolfi’s work in Dubai inspired me to ditch the career in architecture and set up something similar when I returned to Beijing. Serk is now a multi-tiered business. We have a small shop in central Beijing, we run one of the biggest weekend riding clubs in the city and have pioneered a bunch of multi day tours to interesting frontier locations in Central Asia. The next step is developing a range of products for these adventures. 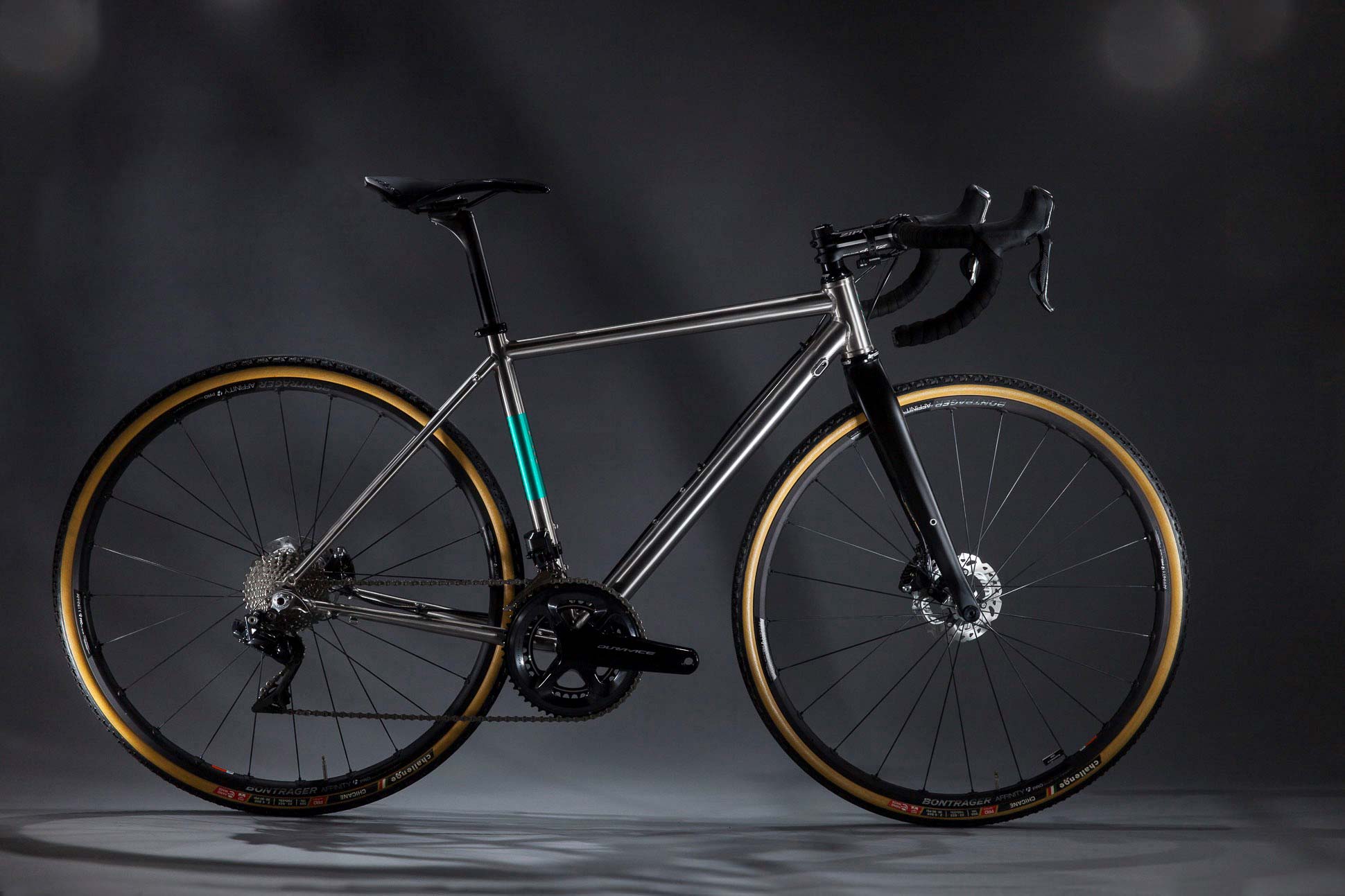 UNFOUND: So, tell us about cycling in China. From the film you made with CyclingTips, to the amazing rides and photos you have posted on the hub. What has blown us away is the diversity of cycling, cultural backdrop and the quality of roads.

SHANNON: China is an amazing place to ride. Its diverse landscape, culture and history is a great base. Add to that a thriving economy which has been pumping out new tarmac, good hotels and airports (including one that has you disembarking on the top of a 4,000 m pass) and you have the recipe for cycling nirvana. The cycling here is definitely ‘unfound’ and for the last couple of years we’ve been trying to promote the region as a world class cycling destination. To be honest its been a hard sell because of many of the misconceptions associated with China. So last year we partnered up with CyclingTips to showcase some of the new tarmac and cycling experiences on the most iconic mountain in the world – Everest. It seemed to work; the Roadtripping Everest article was the second most read article of 2017 on the site (the breaking news on Chris Froome’s salbutamol case was number one). We hope it’s helped put riding in China on some people’s bucket lists. 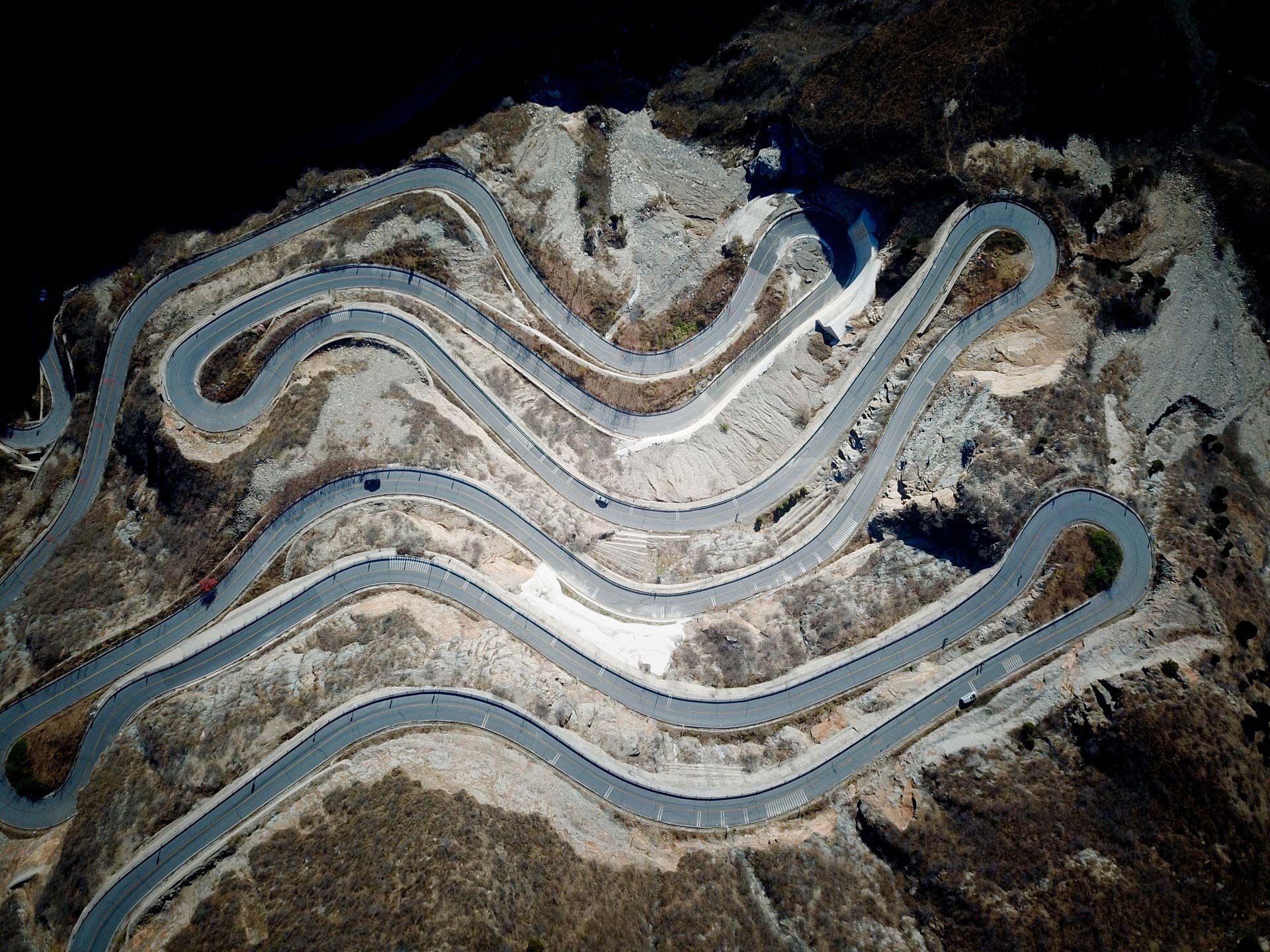 UNFOUND: Where is your favourite place to cycle in China and why?

SHANNON: Tibet. Some of the world’s highest roads, ancient cultures, absolutely stunning natural beauty and a bunch of freshly laid switchback tarmac. Oh and you can ride right up to Everest Base Camp.

UNFOUND: For someone who has never been to China and is looking for the cultural experience as well as amazing riding, where would you suggest as a first destination?

SHANNON: I’d suggest four or five days riding around Beijing. It’s an international city so it’s easy to get around with English. There are mountains on three sides of the city and amazing cycling terrain. You can ride past the Great Wall and the tombs of the Ming Emperors. There are also a bunch of boutique hotels and cafes out there worth visiting. And of course being the capital it has the highest spend of the whole of China on new asphalt. Most roads are re-surfaced every four years – can you believe that! 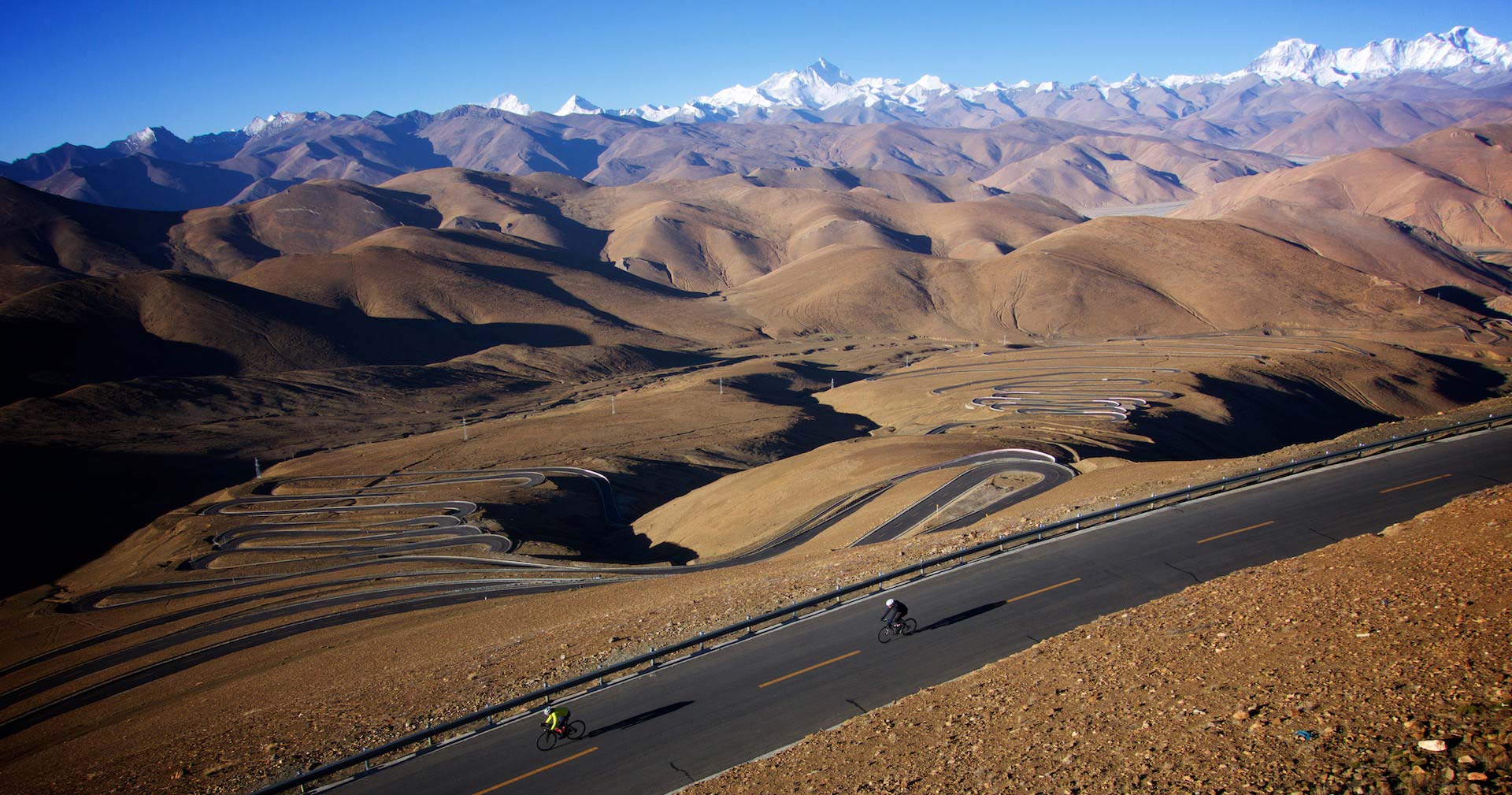 UNFOUND: Having seen the CyclingTips film, we suspect we know the answer to this, but what’s the best descent?

SHANNON: The last descent before you climb up to Everest Base Camp in Tibet is a stunner. Endless switchbacks, glimpses of Everest around every corner and at 5,000 m high the wind resistance is significantly less so you absolutely fly.

UNFOUND: We have to ask. Pollution. How bad is it and is it getting better?

SHANNON: China has a bad rep for pollution – rightly so. Over the past decade the country’s air pollution record has been atrocious in the developed areas. In the frontier lands of Sichuan, Tibet and Xinjiang there is nothing to worry about – it’s so far away from the big cities and industrial areas that you don’t see pollution at all. Beijing has been cleaning up its act considerably in the past few years and levels are considerably down. The main reason Beijing has an air pollution problem is thanks to the mountains around the city which trap the bad air. Get over the first climbs 40 km out of the city and it’s a whole new world.

UNFOUND: We’ve seen the photos on your website of something that looks very exciting. Tell us a little bit about your bikes?

SHANNON: We’ve been developing some very nice titanium bikes with the oldest titanium bike producer in China. We’ve got an adventure bike; the perfect machine for exploring China’s frontiers. Next month we are off on a bike packing adventure across Kyrgyzstan and Kazakstan – super stoked to be pushing the limits of the bikes in some adventurous territory. Our roadie is designed with comfort and agile handling in mind – for a Ti bike they are pretty light too with the top model weighing in just under 7 kg. 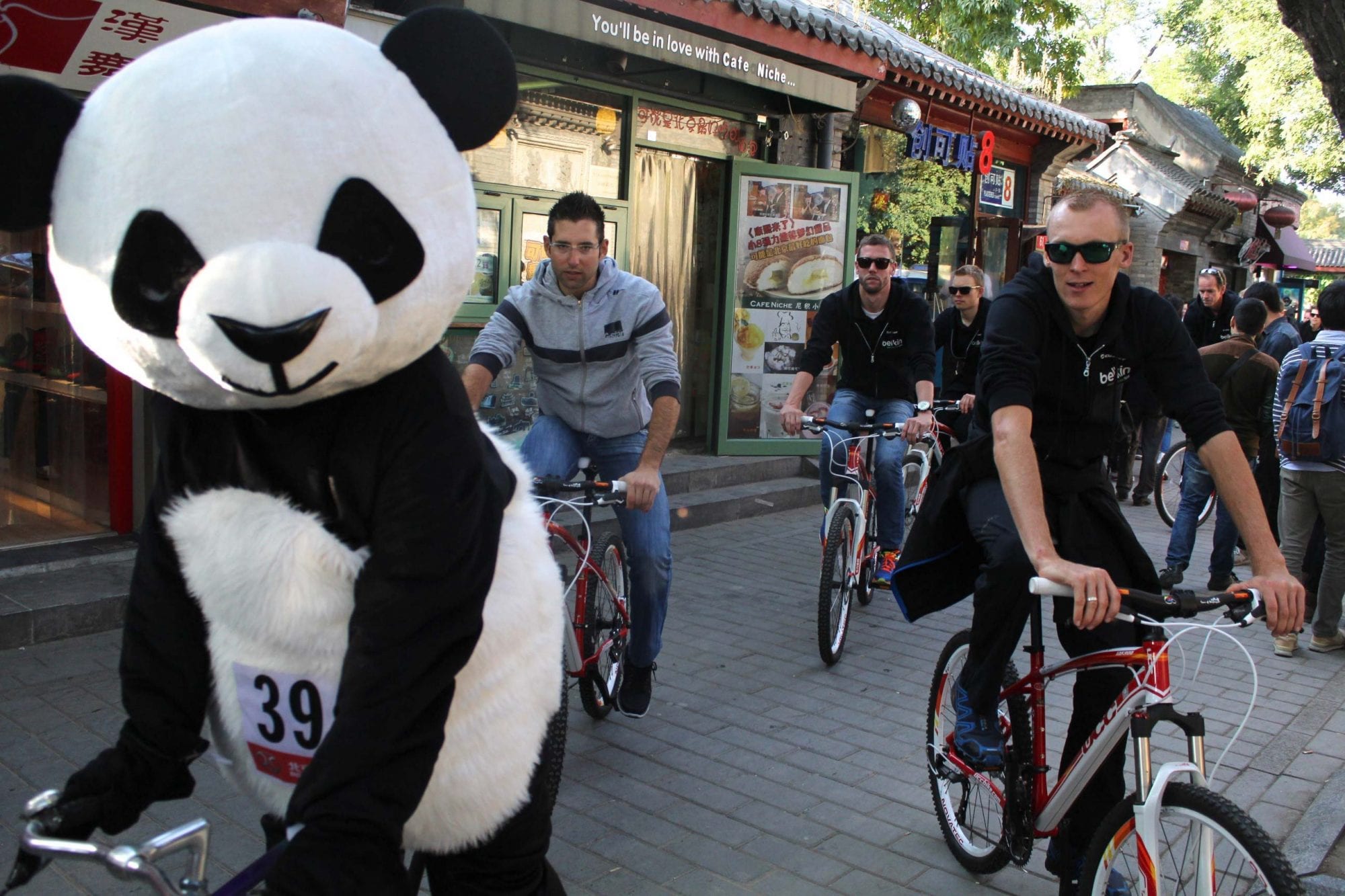 UNFOUND: What is the funniest thing you have seen or experienced on the bike?

SHANNON: A couple of years ago I was the unofficial panda mascot for the UCI Tour of Beijing. After the race I took a couple of pro riders on a tour of peak hour Beijing on mountain bikes. Riding the panda through the city was hilarious. Traffic stopped as we rode through intersections and drivers got out of their cars to take photos. Nobody was arrested nor shot!

UNFOUND: We know that your tours sell out extremely quickly. However, if someone reads this and wants to plan a trip, do you have anything left this year?

SHANNON: We have spots on our Xinjiang, Sichuan and Everest trips for the second half of the year. Check out our website for more info!

UNFOUND: And finally, if a tour is not available, is it possible to come to Beijing and visit your shop and cycle with you there?

SHANNON: Of course. We have visitors every week from around the world. If you are here on business we can facilitate an early morning escape into the mountains or you can join our regular club rides on a Saturday and Sunday.

UNFOUND: Shannon, that’s brilliant, thank you for your time, always amazing to chat. We look forward to seeing you up in Beijing later this year.

🚴‍♂️ If you are interested in a unique and very special weekend cycling and exploring Beijing and the mountains surrounding, we are putting together a collaboration with Serk Cycling: Unfound China. It will be the weekend of the 31st August 2018. For more information and to express your interest, email us at [email protected] 🚴‍♀️

Visit Serk Cycling on the hub

SITTING IN: interview with Kent McCallum