Thinking of setting a new TT PB? Attempting Lands End to John O’ Groats? Study the fluid, not the vessel. The impact is bigger than you might think.

It is widespread knowledge, even in the humble amateur ranks of our sport, that aerodynamic drag is everything. The study of it is the key to going faster, even up moderate grades. Over the years we have seen a deep focus on reducing this force in the need for free speed, in power terms at least. Wind tunnel testing, computational fluid dynamics (CFD), clothing adaptation, frame and wheel design have been converging in allegiance to beat down one key term in the drag equation – CdA.

To up the intensity they will probably inform you that you have the natural flexibility of a raw potato.

Coefficient of Drag x Frontal Area along with your power profile is the only term in The Equation that will set you apart from the competition on a flat course TT or sprint. Reducing CdA, for most, becomes top priority. Aerodynamic bikes, kit, and a wind tunnel verified slippery position will all help. But it’s a costly and injury prone ordeal – a marketing department’s dream world. Along with your ‘fitness’ coach you now need an ‘aero’ coach. This delightful individual will take you to their wind tunnel ‘facility’, clad you in the tightest Lycra you’ve ever seen and contort you into a position where you can lick your knees whilst cycling. To up the intensity they will probably inform you that you have the natural flexibility of a raw potato. They would much rather be coaching an Olympic track squad and not helping you to come mid-pack in your local 10 mile TT. As such you are both probably quite disappointed with your lives. And what must you pay for this privilege? Around 500 – 1,000 USD per hour. Expect the ‘facility’ to be hired from an F1 team, Aerospace company or a top University. Oh yes, you are made well aware of this affiliation. It is cleverly woven into the sales pitch.

The outcome? You might be able to lower your CdA and thus drag force by a few percentage points. 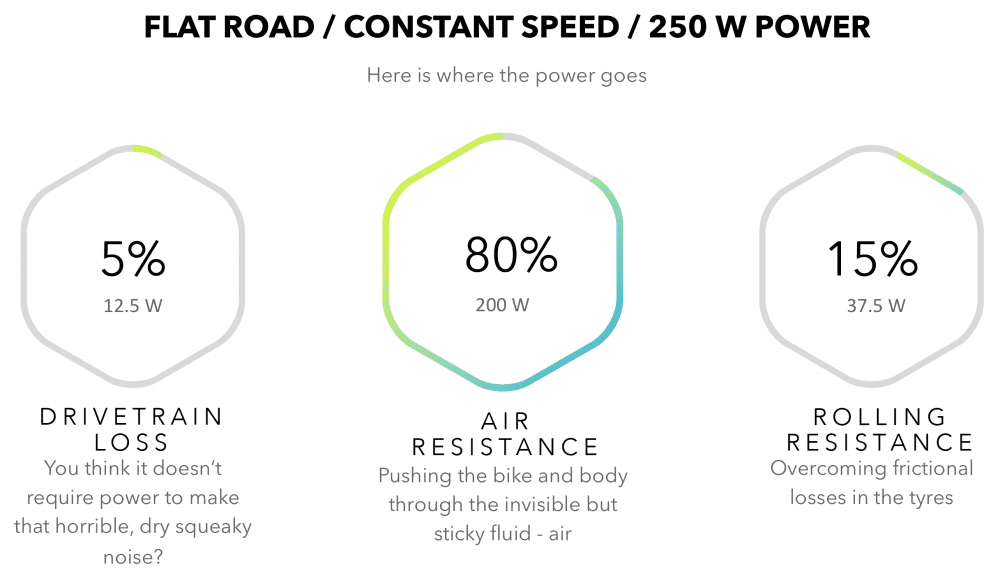 I am not poo-pooing aero research and refinement. As competitive cyclists we should all get the basics right. Wise kit choice and a comfortable yet aero road position is within the realms of everyone. If we are racing on the same day among a competitive field then yes CdA is very important. But what if we’re not racing anyone else that day? What if we’re trying to set a TT PB, an hour record, or a distance cycling attempt? In this situation we’re better off just checking our fluid medium is in perfect shape – air and in particular its density.

If you like going ‘segment bashing’ what you are looking for is hot air, high humidity, and low pressure.

Before going further, let us be reminded that on a flat road around 80% of our energy is used overcoming air resistance. It is by far the most consuming of all the drag forces. The effect is still present when climbing although to a lesser extent as gravity comes into play for the more portly, muscular or taller riders. Let us delve a little deeper and dissect the air resistance equation, beyond the popular CdA term… 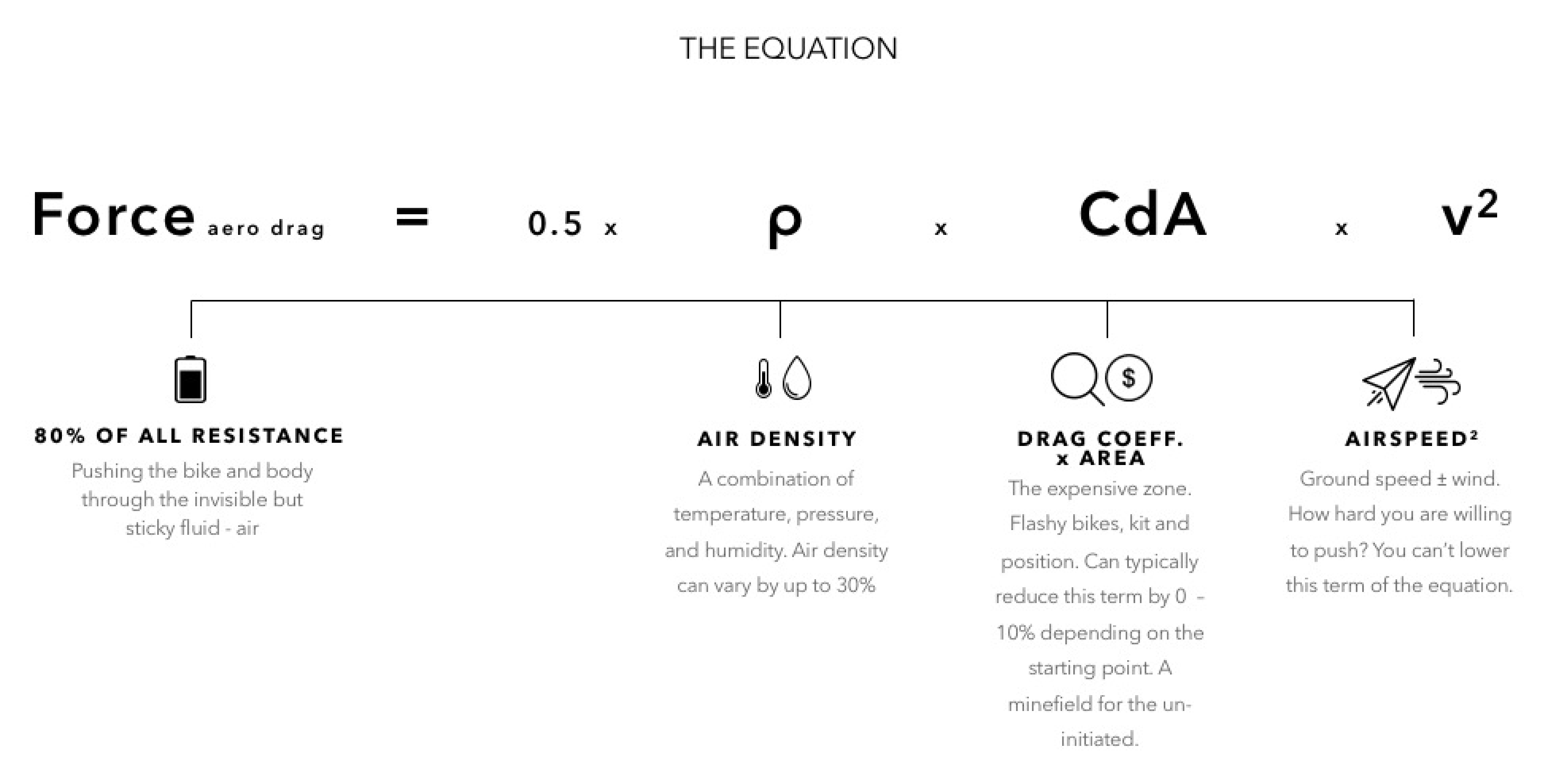 Looking at The Equation, by far the most fruitful term in reducing total aero drag is by experiencing reduced air density. A quite plausible 30% dip in air density means a 30% reduction in aero drag. It’s as simple as that. With a little planning and one eye on the weather charts your Strava KOM or distance cycling record attempt could be in for a massive boost. If you like going ‘segment bashing’ what you are looking for is hot air, high humidity, and low pressure. This combination puts air at its thinnest, great for going fast. Have you ever wondered why similar rides are slower in winter? ‘My muscles are cold, I’ve been on the pies this Christmas.’ These excuses are very valid but a larger effect may be air density slowing you down. Cold, dry, high pressure winter air is veritable cycling treacle. Avoid. One cannot see air density, and that’s probably why it is forgotten. However, the effect is really profound. Let’s look at two cases at each end of the scale and compare the outcome….

These variations are extreme, but possible. Here air density varied by 30%. But if it were to only change by 10% it’s still a huge effect, regardless of our CdA. 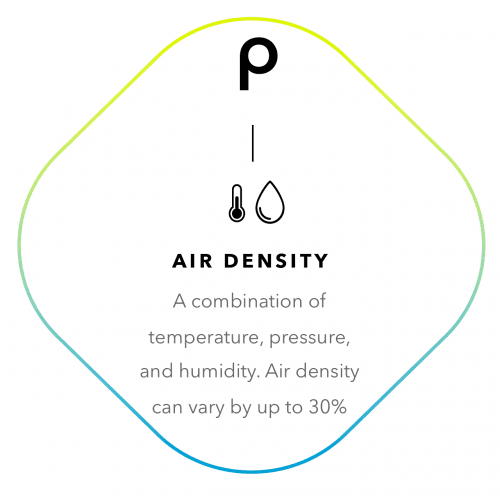 Using a more reasonable 10% variation consider a distance cycling record that can be done at any time of year. Lands End to John O’Groats in the UK. The new record as of June 2018 stands at 43hrs 25mins for the 1,407 km course. The average power would be in the region of 215W. The UK this summer has experienced an abnormally hot June and July. Unfortunately for the new record holder Michael Broadwith, during the two days covering his attempt there was a noticeable drop off in temperature and humidity. Temperatures as low as 7°c were experienced, yet two weeks later there were highs of 30°c in the same locations. If Michael sustained the same power but with a fortunate meteorological cocktail yielding 10% less air density he would have broken the record by a further hour and a half!

Using these individual rides the effect of air density is very easy to compare. But what about bunch riding? Originally we ignored the idea as everyone is experiencing the same conditions on race day.

That may have been a hasty dismissal. We know on cold, dry and high pressure days we experience more drag. But this means we also experience a bigger relative draft effect from the bunch at a given speed. The solo breakaway rider is much, much worse off.  For the same speed in a hot and humid race in Asia the solo breakaway artist is experiencing less drag and the riders in the bunch are getting less draft. So maybe one has a better chance of staying away, who knows? In this scenario the speed probably increases until the effect is flattened out, but there’s a gram for thought.

Alex is a cyclist and Mechanical Engineer living in Asia. A mountain biker since his early teens, Alex moved predominantly to road cycling seeking a more enjoyable thrill after a brief and painful rowing career at university. With a background of Automotive and Aerospace Engineering in the UK his mind seldom switches off from the physics of cycling and the technology that surrounds it. His second passion is food and cooking, which is key to balancing the calorie deficit of all the climbing in Asia.

“My goal for this year is to talk less about bio-mechanics and aerodynamics at social gatherings as I’m told it can alienate people. I am grateful to Unfound for giving me this outlet.” 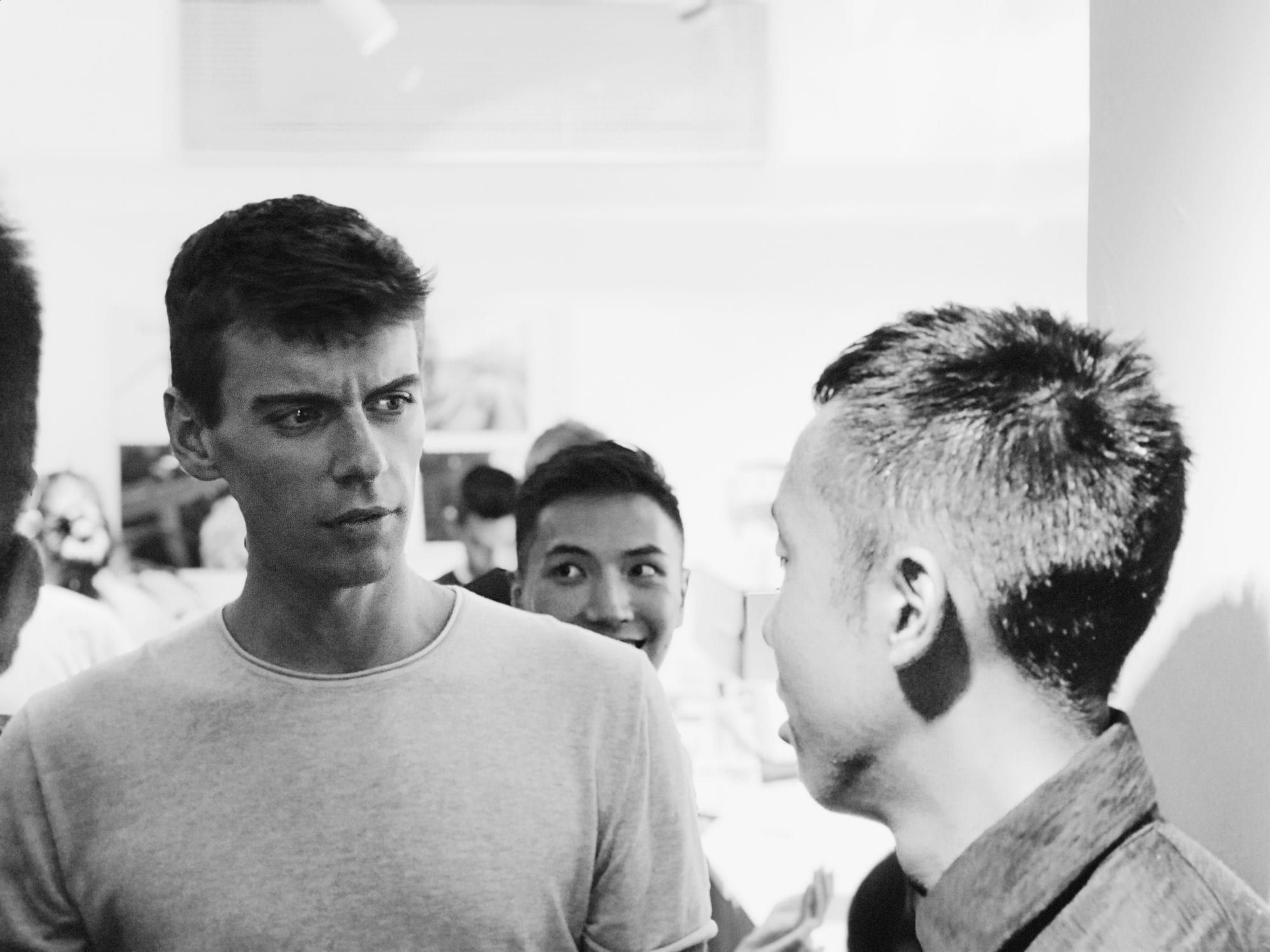